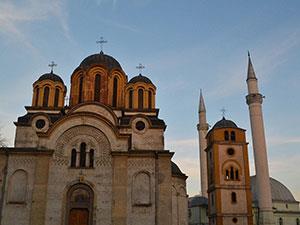 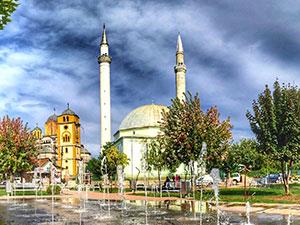 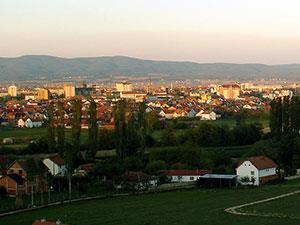 Ferizaj, is a city and municipality located in the Ferizaj District of Kosovo. Ferizaj is located in the south-eastern part of Kosovo, about halfway between the cities of Pristina and Skopje. It is some 230 kilometres north-east of Tirana, 55 kilometres north of Skopje, 300 kilometres west of Sofia, 35 kilometres south of Pristina and 300 kilometres east of Podgorica. Ferizaj is also famous for a geographic phenomenon known as river bifurcation. The Nerodimka river is divided in two branches and they end up on two different seas. Ferizaj has a mosque and an Orthodox church in close proximity. Nearby are the city library, a park and a number of coffee shops. Visit Ferizaj Kosovo and book online hotels in Ferizaj, Kosovo.