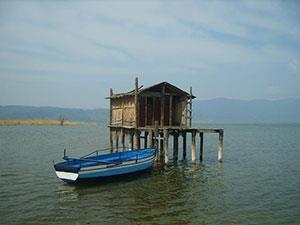 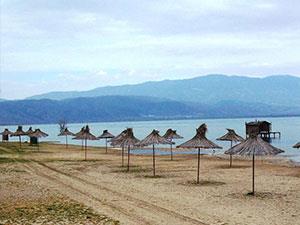 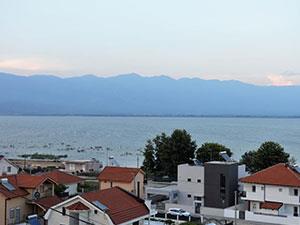 Dojran is a city on the west Shore of Dojran Lake in the south-east part of the Republic of Macedonia. Today, it is a collective name for two villages on the territory of the ruined city: Nov (new) Dojran (settled from the end of World War I to World War II) and Star (Old) Dojran, which contains both old ruins and recent construction, especially hotels, resorts and restaurants. The old city of Dojran was totally ruined during the First World War and after the Second World War the modern villages were established. The Amam (Hamam) is located in the upper part of the city and in the past it was inhabited by the Turkish population. The year it was built is unknown and only parts of the tower remain. The Church of St. Ilija was built in 1874 in the northern part of the city. The current state of the church; fragments of paintings, suggests that the church walls were originally covered with frescos. Dojran is also significant archeologically due to numerous discoveries of accidental or systematic excavations including relief, marble plates with Greek inscriptions, and remainders of walls, coins and tombs with epitaphs. The economy of Dojran has always been primarily dependent on fishing and success in the business is attributed to the traditional ancient fishing method used by the fishermen. Visit Dojran, North Macedonia and book hotels in Dojran online.