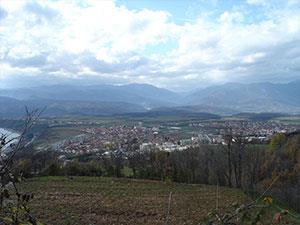 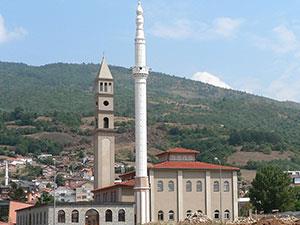 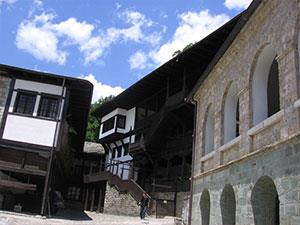 Debar is a city in the western part of the Republic of Macedonia, near the border with Albania. Debar has an ethnic Albanian majority of 74% and is the Republic of Macedonia's only city in which ethnic Macedonians do not rank first or second demographically. Some of the best craftsman, woodcarving masters and builders came from the Debar region and were recognized for their skills in creating detailed and impressive woodcarvings, painting beautiful icons and building unique architecture. The main attraction of Debar are its thermal-mineral waters (banjishte). The most specific and unique feature of the thermal-mineral waters in Debar’s Spa Capa, is the water temperature which is 39 °C in hotel Banjishte and 41 °C in Kosovrast. These temperatures are optimal for the human body, that’s why we do not heat or cool the water like other SPAs around the world. The water is 100% natural, contains negative ions which are very rare and important for the human well-being. One liter of water contains up to 4000 mg of different minerals such as Sulfur, Magnesium, Calcium, Natrium etc., and a quantity that has never been seen in other Spa around the globe. That’s why many foreign scientists during the 70’s, have classified our Spa as the most healing and effective one in Europe. Visit Debar, North Macedonia and book hotels in Debar online.