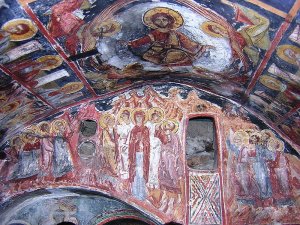 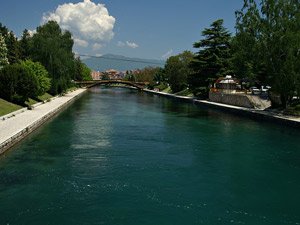 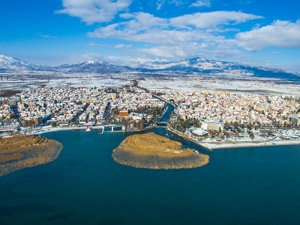 Struga, also known as a city of poetry, is a town in Macedonia, situated on the banks of the lake and river Black Drin which divides the city in two parts. It is a wonderful place to relax enjoy the sight of the lake, the river, greenery and birds. In the 19th century Struga played important part in the national revival as it was home town of Konstantin and Dimitar Miladinovi, brothers who collected and published a collection of folk songs (named "Folk songs from Macedonia") in 1862. Konstantin Miladinov wrote Sorrow for the south (also translated as 'Longing for the South') during his studies in Moscow. Today, in his honour, the biggest poetry festivals in the world is held in Struga every year. The event is the primary landmark of the city as a tourist center and was attended by at least 200 secular poets. The poetry festival among other things, awarded highest award for overall poetic activity, award "Golden Wreath" and award "Brothers Miladinovci” for best poetry book in Macedonian language. The most important cultural monuments in Struga: St. George Church, whose frescoes date from the 13th to the 19th century. In the fishing village of Kalista are St. Mary's Church and the cave church of St. Athanasius. From Islamic monuments worth visiting Helveti Tekke and Hammam. Visit Struga, North Macedonia and book hotels in Struga online.