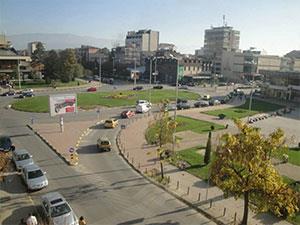 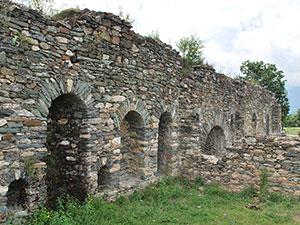 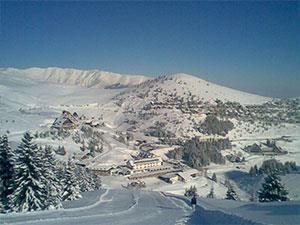 Tetovo is a city in the northwestern part of Macedonia, built on the foothills of Šar Mountain and divided by the Pena River. With the arrival of the Ottomans, the city's population became largely Islamic and many Ottoman-style structures were built, such as the Šarena Džamija and the Arabati Baba Te?e which still stand today as two of Macedonia's most significant landmarks of its Ottoman period. The main attractions of Tetovo are its historic areas and structures. The Baltepes Fortress, located on the top of the Baltepes hill, above Tetovo was built in 1820 from Abdurrahman Pasha. Sarena Dzamija which means Painted Mosque was originally built in 1438 and later rebuilt in 1833 by Abdurrahman Pasha. The Arabati Baba Te?e originally built in 1538 around the türbe of Sersem Ali Baba, an Ottoman dervish. Other notable historical features from the Ottoman period in Tetovo are The Saat Mosque as the name implies it used to have a clock in its minaret, and the Kumluk Mosque, an old mosque in the upper bazaar area of Tetovo. An example of Byzantine culture of Tetovo is the Monastery of Lešok. Tetovo is also a famous ski resort. Popova Šapka attracts many tourists in winter due it being one of the popular ski resorts.