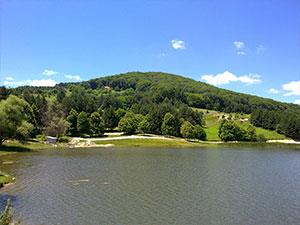 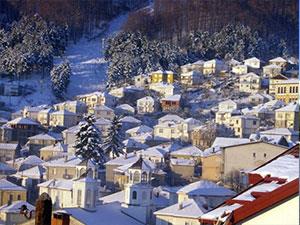 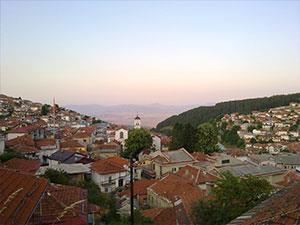 Krushevo is the highest town in Macedonia, situated at an altitude of over 1350m above sea level. It is a city with the highest cultural and historical value for Macedonia, because it was the seat of the first Macedonian Republic, formed after the Ilinden Uprising in 1903. During the Ottoman rule the city was almost completely destroyed by the Ottoman army. In the area there is a monument called Meckin Kamen (Bear's Stone) a historical landmark which marks the spot of the uprising of 1903. Another important landmark of Krushevo is the Monument Makedonium. The monument is located on the historical site Gumenje and it dominates the area with its artistic-aesthetic presence. In the 18th century it was inhabited by Macedonian Vlachs (Macedo-Vlahs) and Macedonians from the Reka region in Western Macedonia called Mijaks. They has developed a very impressive architecture on which the city is recognizable. Visit Krushevo, North Macedonia and book hotels in Krushevo online.