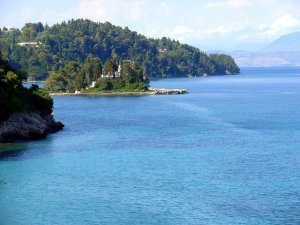 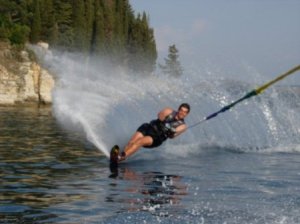 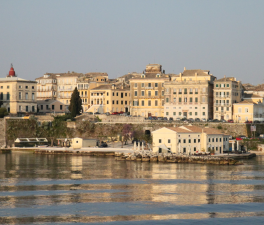 Corfu is the second largest of Greek Ionian Islands, which including its small satellite islands, forms the edge of the northwestern frontier. The island is part of the Corfu regional unit, and is administered as a single municipality, where the the principal city of the island and seat of the municipality is also named Corfu. In 2007, the city's old city was designated for the UNESCO World Heritage List. Corfu is a very popular tourist destination. There are mountains where eagles soar and rare orchids flourish, and there is the beautiful and bustling capital, Corfu Town which exudes an aristocratic aura, - named on the UNESCO World Heritage Site- with sophisticated shopping and cosmopolitan restaurants. The coastline is idyllic and fascinating in its variety, sheltering rocky coves and opening out into long sandy beaches, while much of the interior is covered with a sea of a different kind - a vast swell of undulating olive groves from which ancient villages emerge like isolated islands. Corfu has an excellent tourist infrastructure that includes nightlife venues, car rental agencies, travel agencies, and an endless selection of hotels, rooms for rent, apartments, studios, villas that will satisfy all types of visitors, from those who are looking for discount holidays to those who prefer luxury hotels and resorts.